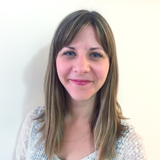 Sarah Bowlin joined Aevitas in early 2017 after a decade as an editor of literary fiction and nonfiction. She has worked on the international breakout novel How Should a Person Be? by Sheila Heti; the New York Times Notable Book, The Beautiful Bureaucrat by Helen Phillips; the National Book Award-nominated The End by Salvatore Scibona; the acclaimed novels Marlena by Julie Buntin and Goodbye, Vitamin by Rachel Khong; and works by the award-winning novelist, Juan Gabriel Vásquez.

Bowlin has a BA in American Literature from New York University. Originally from the South, she got her start in publishing at Riverhead Books and was most recently a senior editor at Henry Holt & Company.

As an Aevitas agent based in Los Angeles, she is focused on bold, diverse voices in fiction and nonfiction. She’s especially interested in stories of strong or difficult women and unexpected narratives of place, of identity, and of the shifting ways we see ourselves and each other. She’s also interested in food history, wine, and dance.

Walking on the Ceiling

Memoirs of a Justice

A History of Burning

Too Early for the Future

How to Pronounce Knife: Stories

Where the Light Falls