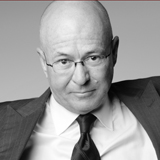 Granger takes on projects with the potential to leave a mark. He, along with Todd Shuster, worked with former deputy director of the FBI Andrew McCabe on his #1 New York Times bestseller, The Threat. More recently, he and Laura Nolan represented Hunter Biden on his memoir, Beautiful Things, which debuted at #4 on the NYT list. Granger is especially proud of having worked with Julie Yip-Williams to bring her The Unwinding of the Miracle (a #6 NYT bestseller) into the world. It is currently being adapted for the screen. He has also helped Senator Jeff Flake, business legend Arthur Blank, and young activists David and Lauren Hogg with bestsellers that shaped the national conversation.

Based in New York, Granger represents primarily non-fiction and is obsessed with topics across an extremely wide spectrum—politics, food culture, actual innovation in design, tech and science; fame. What binds these things is a yen for intensely original ideas and writing that pushes boundaries to a breaking point.

Under the Big Top: A Short Story Collection

The Threat: How the FBI Protects America in the Age of Terror and Trump

Billy Reilly, Into the World

It's How We Play the Game

Who Killed the Fonz?

Conscience of a Conservative

Playing from the Rough

The Power of Strangers

The Unwinding of the Miracle

Burn the Ice: The American Culinary Revolution and Its End

A Killing in Cannabis