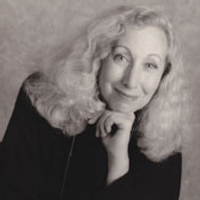 Sarah Lazin began her publishing career on the editorial staff of Rolling Stone in 1971. In 1976, she established Rolling Stone Press, the book packaging division of the company, which she continued to represent for thirty years and which created hundreds of successful titles for Rolling Stone, Men’s Journal, and US Magazine. She also created book packaging divisions for Ms. Magazine, The Village Voice, Musician, Playboy, and Vibe Magazine, and created books for The Rock and Roll Hall of Fame + Museum, The Experience Music Project, and The International Center for Photography.

She is the co-founder and past president of the American Book Producers Association, has served on the boards of the Women’s Media Group, and The Association of Authors’ Representatives. She has taught at publishing seminars including Rice, Radcliffe, Denver, and New York University, and has served on the staffs of the Jackson Hole Writers Conference and the Maui Writers Conference. She received an MA in history from New York University.

The Skills to Pay the Bills: The Story of the Beastie Boys

My Cross to Bear

The Holy or the Broken: Leonard Cohen, Jeff Buckley, and the Unlikely Ascent of "Hallelujah"

Let's Go Crazy: Prince and the Making of Purple Rain

Johnny Cash: The Life and Legacy of the Man in Black

No Walls and the Recurring Dream

Rock She Wrote: Women Write about Rock, Pop, and Rap

The Soundtrack of My Life, by Clive Davis with Anthony DeCurtis

Blues and Chaos: The Music Writing of Robert Palmer, edited by Anthony DeCurtis

In Other Words: Artists Talk about Life and Work

Rocking My Life Away: Writing about Music and Other Matters

Lion Songs: Thomas Mapfumo and the Music that Made Zimbabwe

Willin’: The Story of Little Feat

Eagles: Taking It to the Limit

Becoming Almost Famous: My Back Pages in Music, Writing, and Life

Not Fade Away: A Backstage Pass to 20 Years of Rock & Roll

The Hits Just Keep on Coming: The History of Top 40 Radio

The Rice Room: Growing Up Chinese-American from Number Two Son to Rock & Roll

Hickory Wind: The Life and Times of Gram Parsons

How to DJ Right: The Art and Science of Playing Records

Last Night a DJ Saved My Life: The History of the Disc Jockey

Arts, Inc.: How Greed and Neglect Have Destroyed Our Cultural Rights

Handmaking America: A Back-to-Basics Pathway to a Revitalized American Democracy

Time Is Tight: My Life, Note by Note

Run for Your Life: The Fun, Injury-Free Way to Burn Body Fat, Relieve Stress, and Improve Your Performance, with Dr. Mark Cucuzzella

Himalaya: Personal Stories of Grandeur, Challenge and Hope, from the American Himalayan Foundation

Touching My Father’s Soul, By Jamling Norgay with Broughton Coburn

Triumph on Everest: A Children’s Biography of Edmund Hillary

Aama in America: Searching for the Sacred

Here We Are Now: The Lasting Impact of Kurt Cobain

Heavier than Heaven: A Biography of Kurt Cobain

Kicking and Dreaming: A Story of Heart, Soul and Rock & Roll, by Ann and Nancy Wilson with Charles Cross

Room Full of Mirrors: A Biography of Jimi Hendrix

Switched on Pop: How Popular Music Works, and Why It Matters

Only Human: A Biography of R. Crumb

A Long Strange Trip: The Inside History of the Grateful Dead

Dani's Story: A Journey from Neglect to Love

A Dog in Heat Is a Hot Dog, and Other Rules to Live By

Hunter: The Strange and Savage Life of Hunter S. Thompson

What Do We Need Men For?

Dylan Goes Electric!: Newport, Seeger, Dylan, and the Night That Split the Sixties

Talking 'Bout Your Mama: The Dozens, Snaps, and the Deep Roots of Rap

The Blues: A Very Short Introduction

Nim Chimpsky: The Chimp Who Would Be Human

Lost and Found: Dogs, Cats and Everyday Heroes in a Country Animal Shelter

Queens of Noise: The Real Story of the Runaways

Mamarama: A Memoir of Sex, Kids, and Rock 'n' Roll

Rock She Wrote: Women Write about Rock, Pop, and Rap

The World According to Joan Didion

Cooking South of the Clouds

Janis: Her Life and Music

A Man Called Destruction: The Life & Music of Alex Chilton from the Box Tops to Big Star to Backdoor Man

Rock in Fashion, with John Varvatos

Bonnaroo: What, Which, This, That, the Other

The Rock and Roll Hall of Fame: The First 25 Years

Public Cowboy 1: The Life and Times of Gene Autry

The Road to Woodstock: From the Man Behind the Legendary Festival

Magic Trees of the Mind: How to Nurture Your Child’s Intelligence, Creativity, and Healthy Emotions form Birth to Adolescence

Rhapsody: The Life and Legacy of Freddie Mercury

Pivot: The Only Move that Matters Is Your Next One

Life After College: The Complete Guide to Getting What You Want

When Chickenheads Come Home to Roost: A Hip-Hop Feminist Breaks It Down

She Begat This: 20 Years of The Miseducation of Lauryn Hill

Space is the Place: The Lives and Times of Sun Ra (Revised Edition)

Billie Holiday: The Musician and the Myth

Alan Lomax: The Man Who Recorded the World

So What: The Life of Miles Davis

Jazz 101: A Complete Guide to Learning and Loving Jazz

Manual for Survival: A Chernobyl Guide to the Future

Freedom of Expression®: Resistance and Repression in the Age of Intellectual Property

The Last Days of the Incas

Life and Death in the Andes

The Good, the Bad, and the Godawful: 21st-Century Movie Reviews

The Annotated Come As You Are

Space Odyssey: Stanley Kubrick, Arthur C. Clarke, and the Making of a Masterpiece

Far Out: A Space-Time Chronicle

Beyond: A Solar System Voyage (For Young Readers)

Beyond: Visions of the Interplanetary Probes

The Road to Woodstock: From the Man Behind the Legendary Festival

Switched on Pop: How Popular Music Works, and Why It Matters

To Funk and Die in L.A.: A D Hunter Mystery

The Lost Treasures of R&B: A D Hunter Mystery

The Plot Against Hip Hop: A D Hunter Mystery

The Hippest Trip in America: Soul Train and the Evolution of Culture and Style

The James Brown Reader: Fifty Years of Writing about the Godfather of Soul

Post-Soul Nation: The Explosive, Contradictory, Triumphant and Tragic 1980s as Experienced by African-Americans (Previously Known as Blacks and Before That Negroes)

The Death of Rhythm and Blues

Blackface: Reflections on African-Americans and the Movies

In Living Color: The Authorized Companion to the Fox TV Series

Listen Up: The Lives of Quincy Jones

Where Did Our Love Go?: The Rise and Fall of the Motown Sound

One Woman Short: A Novel

Wish You Were Here

Opening Heaven's Door: What the Dying Are Trying to Say About Where They’re Going

A Brief History of Anxiety: Yours and Mine

Area Woman Blows Gasket: And Other Tales from the Domestic Frontier

When She Was Bad: How And Why Women Get Away With Murder

We Don’t Die: George Anderson’s Conversations with the Other Side

We Are Not Forgotten: George Anderson’s Messages of Hope from the Other Side

Our Children Forever: George Anderson’s Messages from Children on the Other Side

Love Beyond Life: True Accounts of Direct Personal Communication with the Other Side, with Joel Martin

Dreamgirl: My Life as a Supreme, with Mary Wilson

The Temptations, with Otis Williams

If I Can Dream: Elvis’ Own Story, with Larry Geller and Joel Spector

Supreme Faith: My Life Beyond the Spotlight, with Mary Wilson

La Toya: Growing up with the Jacksons, with LaToya Jackson

A Dream Is a Wish Your Heart Makes, with Annette Funicello

Beyond Uhura, with Nichelle Nichols

You Get Past the Tears: A Mother/Daughter Memoir of Love and Survival, with Patricia and Hydeia Broadbent

Helping Your Kids Cope with Divorce: The Sandcastles Way, with M. Gary Neuman

The Truth about Children and Divorce: Dealing with the Emotions So You and Your Children Can Thrive, with Dr. Robert E. Emery

I Only Read It for the Comics: The New Yorker’s Most Brilliantly Twisted Artists

Books Reports: A Music Critic on His First Love, Which Was Reading

Going into the City: Portrait of a Critic as a Young Man

America's Music: The Roots of Country

Little Miss Dynamite: The Life and Times of Brenda Lee

Behind the Grand Ole Opry Curtain: Tales of Romance and Tragedy

The Only Girl: My Life and Times on the Masthead of Rolling Stone

Face It: A Memoir by Debbie Harry

I'm Your Man: The Life of Leonard Cohen

Too Weird for Ziggy

Everything Was Possible: The Birth of the Musical Follies

Cruel To Be Kind: The Life and Music of Nick Lowe