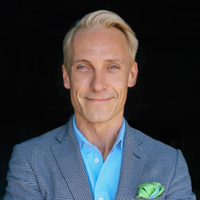 For thirteen years Lippincott worked as a literary agent and founding partner of Lippincott Massie McQuilkin. Prior to becoming an agent in 2003, Will was publisher of strategy+business magazine and a business development director at the global consulting firm Booz Allen; publisher of The New Republic; and book publishing director at The New Yorker.

As an agent based in Los Angeles, Will represents Nobel and Pulitzer Prize-winning authors, and focuses on journalistic narratives, politics, history, mental health, technology, and memoir.

The Nature of Intelligence

To Cure a Sinful Nation: A History of Conversion Therapy in the United States

You Are Not Alone: For Children and Families (Plus Workbook)

Holding Lightning: The Life, Loves, and Art of Whitney Houston

You Are Not Alone: The NAMI Guide to Mental Illness and Recovery

Swole: The Making of Men and the Meaning of Muscle

Where Our Star Is Cast

In Sunlight and Shadow

A Way Out of No Way

Put Your Shoes On and Get Ready

Defund: Black Lives, Policing, and Safety for All

The Con Queen of Hollywood